Wartime Mission: Designed for daylight precision bombing, B-17s flew unescorted bombing missions over Europe for much of the war. B-17s were legendary for their ability to return home after taking brutal poundings. They dropped over 640,000 tons of bombs over Europe. A total of 12,731 B-17s produced by Boeing, Vega, and Douglas. Our Sentimental Journey is one of only five B-17s around the world actively flying today and was built in November, 1944.

Flight Time is approximately 20 minutes in the air.

Number of Passengers: 8
Price: $475 for Radio Room/Gunner seats (6 total); $850 for Bombardier seats (2 total) – highly coveted in the nose of the airplane enclosed in see-through plexiglass.
Accessibility: Please see disclaimer and boarding video below.
Ear Protection: Earplugs (provided or bring your own)
Flight Intensity: Low (typically less than a commercial airliner) 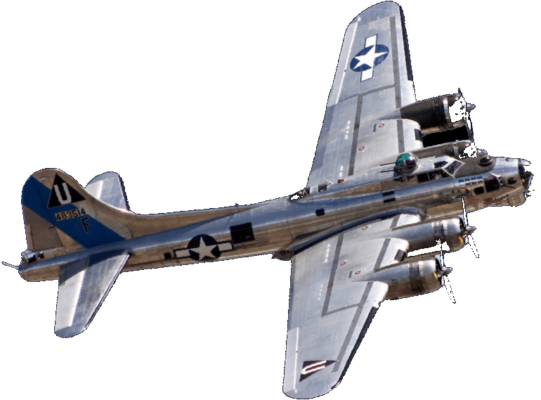 The B-17 Bomber “Sentimental Journey”

Flights on this plane